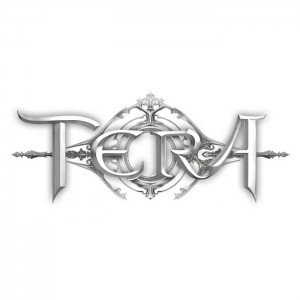 Tera Online is a new MMORPG that offers many different choices of character, the ground shaking juggernaut, the sharp shooting archer, the lancer, the mystic, priest, slayer, sorcerer, and the fierce warrior. These are the characters that are feared among the gaming world of Tera-online. While enjoying game play it is best to know your opponents as well as your own personal character. Choosing the best possible character will help you defeat your enemies quickly and help you start the reign of terror, dominating the world.

The Archer is the bow carrying character that has many pros and cons. This character uses a bow in all of their attacks, whether it be launching the arrows at their opponents or hitting them to cause bodily harm with the bow. Their armor is light; however, they are not in need of it, as they are very quick on their feet and do not have to get very close to cause tremendous damage.

The Berserker is the ground shaking character that has a large axe and knows how to use it. This character has heavy armor and is great with up close attacks, as the armor will shield more oncoming attacks from enemies. This character is good to have on your side, while they fight at the battle front, you can pick off the enemies from afar as one of the many other classes.

The Lancer helps with your defense in battle play. He carries a mighty lance with a protective shield that also doubles as a weapon. The lancer also helps serve as a barrier between the enemy and the lower armored team mates, making him a great asset to any group or team. Lancer is one of the best classes, evident by its popularity.

The Mystic is more like a pet that is carried into battle by groups; however, this small and mighty pet can prove to be the best choice in team mates by there ability to hill those that are weak and resurrect those that have fallen. With this pet by your side and their magical scepter, they can help you defeat almost any enemy with little to no effort.

The Priest, the holy one, retains the magical powers from his god, using it to lay destruction upon the land of his enemies with a staff. His staff, being the most powerful thing that he possesses, can heal and harm all in one. It is known to help resurrect the fallen team member and strike fear into his enemies with one swift swoop of his staff. The powerful magic he has running through him makes him a deadly opponent to have.

The Slayer has only time on his hands, being one that loves to jump into battle and swish away at his opponents with his great sword. He has the ability to rush into the frontline with a whirling attack and destroy the enemies one by one or many with a single swipe of his great sword. Paired with a long range class the Slayer will be the tank for their victory.

The Sorcerer is a powerful class that is more flexible than the magic of a Mystic or a Priest. Their magic is formed into the shape of a disc, when this character is after their enemy, the disc takes the shape of whichever the character wishes. In most instances it freezes its opponent while a tank comes in and finishes them off. With light armor, this character should stay farther back from the frontline then most of the classes.

The last of the classes is the mighty Warrior, who can whirl his weapon of choice to kill one or many of his enemies. He is known as a tank, although he is the only tank without much armor, his armor is considerably light for his role in the game. His twin swords do the damage as he slashes, stabs, dodges, and dances with them to defeat the enemies.

With all of the classes combined, you will have a great team to work with. Every team should be equip with at least one of each class, to help you heal, to resurrect team members, to defend from afar or up close, or to distract opponents while the other members of your team picks them off one by one with magical arrows, special spells, and poising potions.

Next post: Writing Wedding Speeches Is Not Nearly As Scary As Giving It